Thank you! Please check your email and confirm the newsletter subscription.

A special thank you to all of our generous supporters for their continual support at Living Waters non-profit organisation.

Celebrating Tane and Tangaroa as a community: Local environmental protection groups and the Eastern Bay of Islands community enjoyed a milestone day recently, in which schools, locals and tangata whenua gathered in Rawhiti to celebrate the tamiriki of both Tane and Tangaroa. The day opened with planting at Tangatapu Wetland, signifying the launch of the wetland restoration programme led by Living Waters and supported by the Eastern Bay of Islands Preservation Society.

Years 7 and 8 children from Te Kura o Waikare, Russell and Punuruku Schools were helped by older students from Bay of Islands College to plant the first section of the wetland with special filtering grasses that will help reduce sediment run-off into Parekura Bay. Over 500 plants were supplied by the Shade House Volunteers in Kerikeri and funded by Northland Regional Council.

After the inaugural planting, everyone was invited by the two hapu, Ngati Kuta and Patukeha, to Te Rawhiti marae for a series of inspiring presentations on marine biodiversity. Scientist and Rawhiti resident John Booth shared his passion for the area’s richness and variety, from the wetland and mangrove areas, to the exposed and the sheltered rocky shores. Fish Forever then took the children on an underwater adventure with magnificent photos taken in the Bay ofIslands showing the amazing world of Tangaroa right on their doorstep.

A delicious lunch was provided by Te Rawhiti Marae and followed with impromptu waiata led by the students Te Kura o Waikare. Tumanako Productions filmed much of the day and the planting is due to be screened in October. The event was attended by approximately 80 locals, and also included representatives of Russell Landcare Trust, Guardians of the Bay of Islands and the Department of Conservation and the land owners Vick and Barbara Turner. 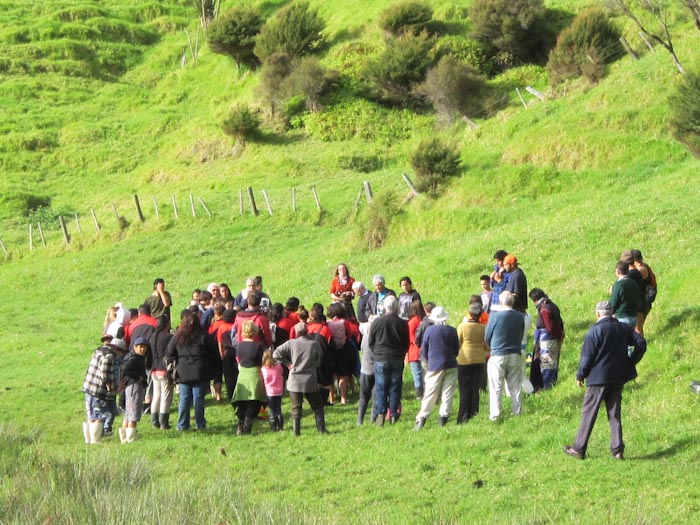 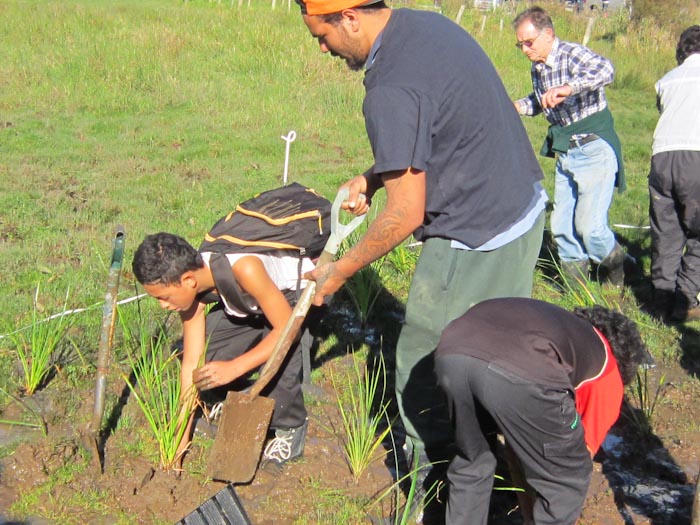